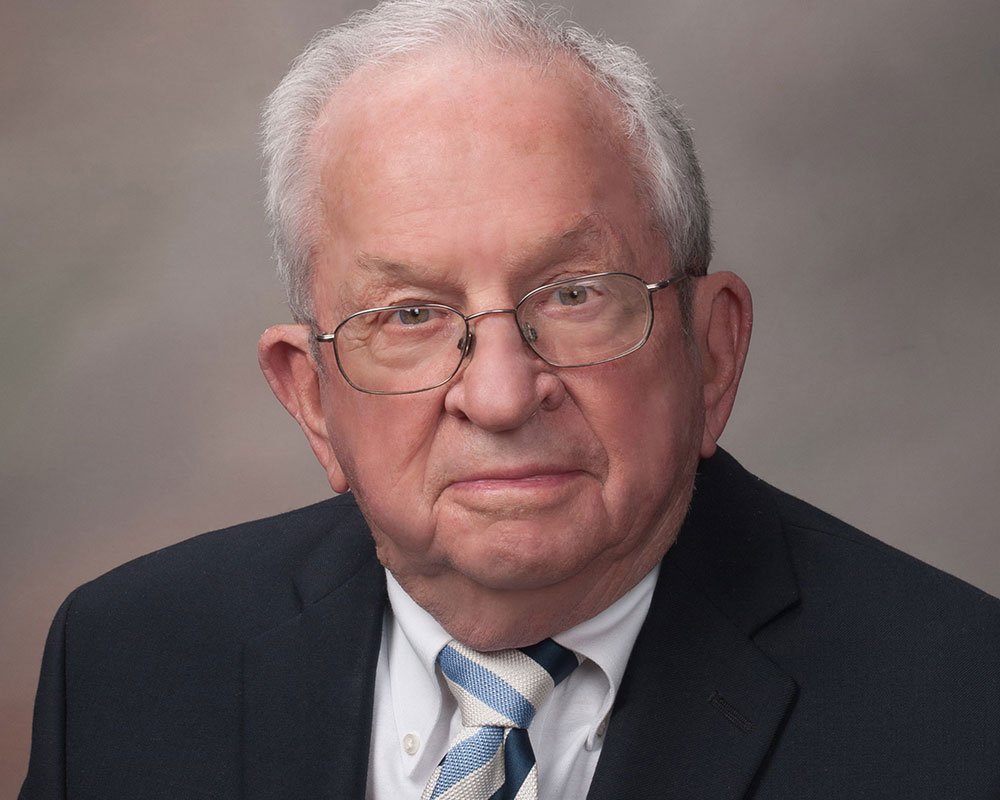 Mr. Porter was born and raised in Colorado City, Texas. He joined the U.S. Army Air Corps in 1943 and advanced to the rank of First Lieutenant, serving as a flight instructor and flight engineer. After the end of the war, Mr. Porter completed his legal studies and began his law practice in San Angelo in 1951.

Mr. Porter is a member of Phi Alpha Delta legal fraternity and a Fellow of the American College of Probate Counsel. He is a former Director and Chairman of the Board of State Junior Bar Association of Texas (now Texas Young Lawyers Association). He has served on the boards of the Salvation Army and MHMR Services for the Concho Valley. He has also served as Chairman of the Board of Trustees of the Hall Children’s Crisis Foundation. He is active in the Anglican Church of the Good Shepherd. For twenty years Mr. Porter was a director of Southwest Bank of San Angelo.